International Exhibition Interpolitex as the New Level of Solution of the State Security Tasks
According to the Decree of the Russian Federation Government No. 795-р of 30.03.2020 the Federal Service of the National Guard Troops of the Russian F...
All news

The highlights of unique economic advantages of the Armenian region and market.

1. The increased demand for imports and economic investment due to the lack of infrastructure and the underdevelopment of industry in all economic sectors of the developing country.

2. A strong governmental emphasis on IT-solutions and innovations with a large number of efforts by the Armenian government to attract foreign business to that kind of projects.

3. The political neutrality of the Armenian leadership and a highly diversified foreign policy of Armenia which makes the country the so called ‘economic mediator’, a kind of ‘United Nations’ for international economic cooperation as it is ready to work with international stakeholders adhering to a widely different political agenda (sometimes, with opposite political views). Hence, Armenia is the ground for starting and development of joint business projects between representatives of countries with opposite or widely differing political agenda.

4. Armenia is the very best business platform for doing business and developing economic cooperation with numerous representatives of business circles from former Soviet states. Yerevan, the capital of the country, is their usual venue to resolve various business matters and issues. 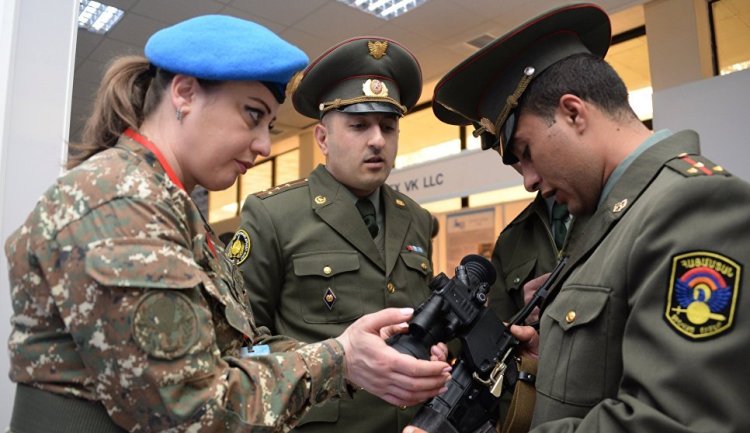 As a region to invest in and a business platform for umbrella economic cooperation projects the Republic of Armenia possesses a number of unique advantages and benefits. In respect of economic development and growth, Armenia is a developing state with unique benefits of geographic location and high scientific and industrial potential as well as an increased demand for foreign investment taken into account incipient stage of growth and development of the domestic industry infrastructure and the formative stage of the domestic industry infrastructure.

Considering the current situation, the economic leadership of the Armenian Government is taking active steps to attract foreign investment and business partners with the aim of establishing joint ventures, setting up and developing long-term common projects and initiatives with regard to import and financial investment into the establishment, modernization and upgrading of production and manufacturing facilities, particularly, in the sector of innovation technologies and IT-solutions in the domain of defence and security as well in respect of the purchase of armament and military equipment from foreign states. The issues of import, establishing and development of joint ventures and investment in the upgrade of infrastructure is also on the agenda with regard to mechanical engineering.

At present, innovation technologies and IT solutions are perceived as priority sectors of the Armenian economy. The government and economic establishment of Armenia make every effort possible to boost the existing cooperation and to encourage and bolster new projects and initiatives in all economic sectors. Government representatives draw up and implement programs in the field of design, enhancement and development as well as, first and foremost, implementation and adoption of IT technologies and solutions in all spheres and areas of life of the Armenian society. This process concerns the majority of government institutions and agencies of most diverse fields of activity as well as all aspects of social life of Armenian citizens. 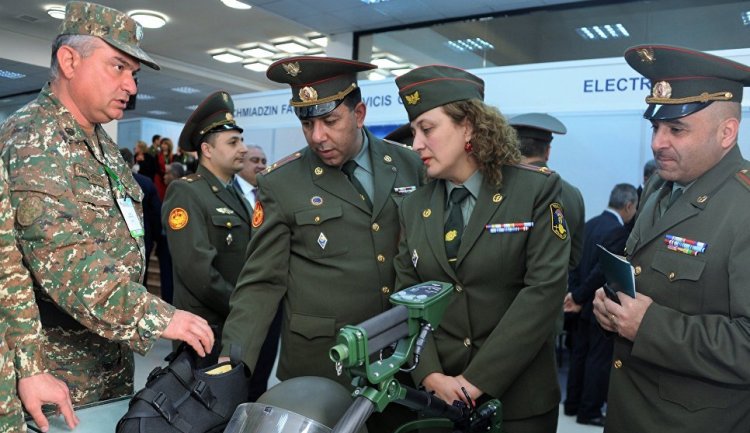 Reiterating the high profile international economic activities of the Armenian Government in respect of foreign trade, import-export issues, a wide range of different international economic activities, one should take note of the fact that the Armenian leadership responsible for economic matters as well as key economic institutions and entities are taking measures and steps to boost, strengthen, develop and diversify existing international cooperation ties, do everything possible to find new options, economic opportunities and forms of cooperation with foreign countries from a very large number of regions and parts of the world, with states from various political blocs with a widely differing, sometimes opposing political agenda. Hence, in this regard, the diversified Armenian market that is open to all kinds and forms of international cooperation, economic and investment interaction, could be considered the most preferable ground for drawing and setting up, sharpening and enhancing various promising projects, finding a variety of options and opportunities and establishing a framework for effective, mutually beneficial cooperation.

Another benefit of the congenial investment climate of Armenia that makes provisions for advantageous basis for highly effective international cooperation and economic interaction (both in the form of direct bilateral cooperation between foreign business entity/company and the business community of Armenia that would result in the bilateral business project between representatives of two states and, as another option, in the form of a multilateral business project between Armenian business and entities/companies representing several states that might result in some multilateral international business initiative with joint ventures or projects in the interest of third-party countries, having investment from business institutions/ companies representing several different states, this option is particularly relevant for the domains of defence, security, innovations with the emphasis on IT-solutions) is the political neutrality of the Republic of Armenia and its multi-vector, diversified foreign policy.

The Armenian Party is ready to establish and develop political and economic cooperation with international stakeholders adhering to a widely different political agenda (sometimes, with opposite political views).From this perspective, one can say that Armenia takes up the role of the so-called ‘economic mediator’ allocating the business platform for comprehensive economic cooperation, launching of new international economic integration initiatives and setting off cooperation between business representatives from different international political groups and blocs, integrating the business of the Republic of Armenia into that kind of promising and benefitting initiatives and projects.

By virtue of its geographic location, Armenia acts as a meeting point and the prospective ground for new initiatives and cooperation for world business community with key business companies and stakeholders from the former Soviet states: numerous CIS and world business representatives consider Yerevan as the ideal place for holding business encounters and negotiations in order to deal with economic affairs and issues and matters of any kind. One can observe an extremely wide and multifarious representation of various sectors of economy at numerous exhibitions, business forums and numerous business events.

International Exhibition of Arms and Defence Technologies “ArmHiTec” acts as the main international economic and technological cooperation platform; based on it, since 2016 the Armenian Government and Armenian business society are taking consecutive steps to widen the economic cooperation and strengthening international ties between enterprises and companies from a large number of countries, regions and political alliances.

The idea and initiative to arrange the “ArmHiTec” exhibition comes from the Ministry of Defence of the Republic of Armenia, being the main decision-maker in purchase orders for the modern tech equipment. It is stipulated by two economic and business factors. On the one hand, the present state of the industry of Armenia does not permit carrying out effective re-equipment, rearmament, modernization and upgrading of the national Armed Forces, and that entails the increase in imports of foreign cutting-edge armament, military equipment and packages of security systems and technologies. On the other hand, the specific nature of the military-industrial sector entails the necessity of development of the domestic military industry of the country. In both cases, the RA Ministry of Defence plays the key role in mapping out the strategy and determining the direction of development and way of implementation of the adopted plans and program, thereby taking up the role of the central coordinating body, the basic structural institution, the umbrella organization that sets out political and economic business development goals.

During the last years the questions of Armenian hi-tech manufacturing sphere development became high priority ones. Today Armenia announces its active position of its ICT industry development, as well as implementation the world’s knowledge of this sphere at the governmental level. To achieve these goals, the Armenian Government arranged The Ministry of Hi-Tech Industry; the main goal of the Ministry is realization of “Digital State” programs in Armenia.

The 3rd International Exhibition of Arms and Defence Technologies “ArmHiTec”, answering the new tendencies of Armenia’s governmental policy, its economic and industrial interests, will become the integrational platform to solve propriety tasks of the Armenian Government. The exposition area of the exhibition will present all the range of technologies on homeland security and protection, the most up-to-date ICT technologies aimed at digitalization of the state and society. The business program of the event will gather the representatives of the governmental bodies, business societies and industrial sectors of different countries.

The 3rd International Exhibition of Arms and Defence Technologies, ArmHiTec 2020, will be held from 26 to 28 March 2020 at the Yerevan EXPO Exhibition Complex (city of Yerevan, Armenia). The organizers of the event are the Ministry of Defence of the Republic of Armenia, Yerevan Plant of Mathematical Machines PLC. (ZAO “YerZMM), Exhibition Companies Group “BIZON”, JSC.

The company added to favorites


You can go to personal cabinet, or stay on the page.